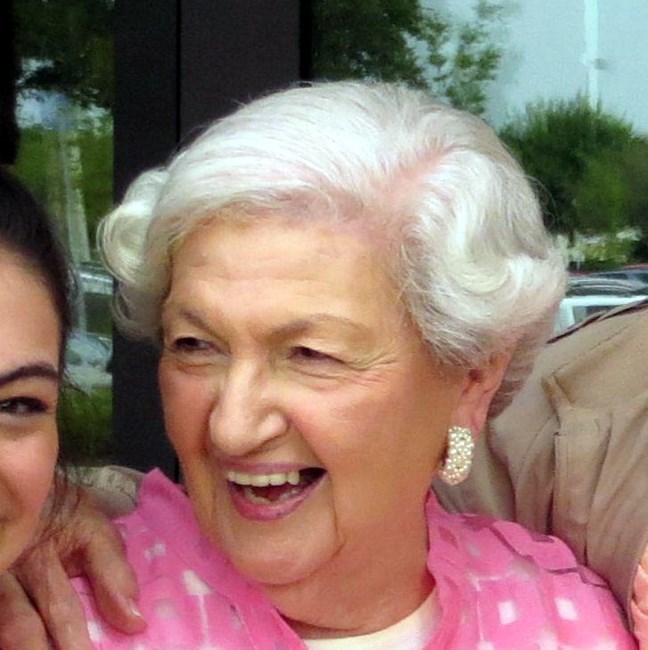 Rita Nadelman, 94, a resident of Plant City, Florida, passed from this world on Wednesday, December 4th. She passed away in the company of her two favorite people at her bedside, her loving daughter Susan Anders, and her devoted granddaughter, Beth Cooperman – both holding her hands and providing her comfort as she slipped from the bonds of this world to rejoin her beloved husband of 72 years.

Rita was the oldest child of Irene and Benjamin Bernstein, born on St. Patrick’s Day, March 17th, 1925, in New York City. As a young girl she thought the annual NYC parade was in her honor. In 1984 she and Jack moved to Florida.

There are not enough superlatives to describe this wonderful woman. It was a blessing to have her in our lives for as long as we did. She was an amazing wife, mother, grandmother, mother-in-law, sister, aunt, and friend.

In her younger years she worked as a clothing design consultant in a Manhattan boutique. She would provide advice as a buyer for the store and people from all over New York would come there asking for “Rita” because she “really knew how to dress people.” Rita certainly had an amazing sense of style and folks would say that she had that classy “Jackie Kennedy” look.

She acted as President and Membership Chairman at the Queens Chapter of the Women’s League for Israel . She was a creative consultant and writer who continuously wrote skits and songs for charity events and shows to raise money for Israel.

Rita loved Saturday visits to Carrabba’s Italian Restaurant; barbecue boneless wings at Chili’s; shopping at Belk and Steinmart with her daughter; singing Frank Sinatra and Rodgers and Hammerstein songs; reading Mitch Albom books; watching Jeopardy and Wheel of Fortune; the many visits from her only granddaughter Beth, who lives in New York City; the daily visits from her only daughter Susan, who spent many an hour reading to her, singing her favorite songs, sharing comments about the design of homes and interior decoration on HGTV; and bringing the family dog, GiGi, for visits, which always lifted her spirits.