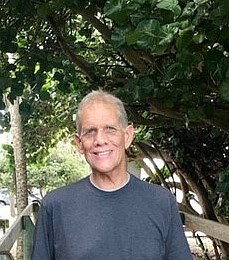 Jack was born on January 13, 1950 in Wiesbaden, Germany to John and Margaret Leech. He was raised in various locations throughout the United States, as his father served in the U.S. Air Force. The Leech family retired to Orlando, FL in 1968.

Jack valued his faith and his family, above all else. He had an innate sense of optimism that inspired his family and friends. He trusted in God’s plan, and found great strength and peace in his faith. He adored his children, and reveled in the joy of his grandsons. His most defining trait was his natural and unconditional kindness towards others.

Jack appreciated the simple pleasures in life. He loved the warm Florida weather, and his cozy home in the forest in Homosassa, FL. He enjoyed spending time outdoors with his family, especially on warm, sunny days. He was an avid sports fan, and followed many of the local sports teams with enthusiasm. He loved animals, especially dogs, and delighted in his little grand-dog, Stella. He was a collector of information, and had a knack for sharing interesting trivia about sports, music and history.

Jack was preceded in death by his beloved parents, Lt. Col. John R. Leech and Margaret (Cobner) Leech. He is survived by his loving children and their spouses, Cami Leech Florio and Michael Florio, Justin Leech and Melissa Musicaro Leech, his cherished grandsons, John Randolph Leech and Michael Justin Leech, his sister Martha Malone, and many nieces, nephews, cousins and treasured friends.