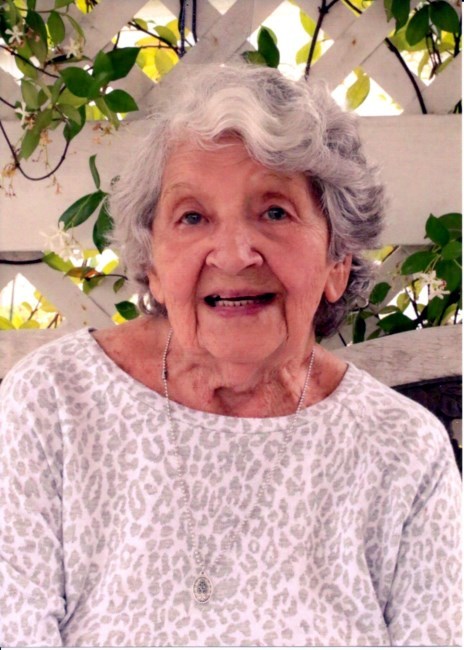 June M. Beery, 96, of Orlando, Florida passed away on January 14, 2020 in Orange Park, Florida. June was born and raised in Orlando by her parents C.C. and Marie Perry. She attended Marks Street Elementary, Memorial Jr. High, and graduated from Orlando High School in 1942, where she was a member of the Sigma Alpha Sigma service sorority. June attended Virginia Intermont College for one year, where she studied bookkeeping, stenography, and liberal arts.

June was married to Wade H. Beery in 1944; they were married for 64 years before his death. June was a Navy wife and toured the world with duty stations in California (San Diego and Oakland), Alaska, Washington state, Tokyo, Norfolk and Northern Virginia. She worked as a clerk-typist at several Navy bases and was active in the Navy Wives Club.

June had two children, Karen and Wade, and was involved in their youth activities as a Girl Scout and Cub Scout leader, PTA member, Cheerleading parent, and Booster Club parent.

After moving back to Orlando in 1972, June was active with the Orlando Garden Club (Wildflower and Green Thumb Circles), Camp Wekiva, the Navy Wives Club, and the Miss Florida pageant. She was a volunteer usher at the City Auditorium for various shows, a poll worker at the College Park precinct, attended College Park Methodist Church, and travelled the U.S. and internationally with her girlfriends. June was preceded in death by her parents, her husband Wade, her daughter Karen Beery Barnes, and her sister Ruth Perry Lee.

June is survived by her son Wade (Pam), her sister Bonnie (Paul), grandsons Brian Barnes (Ginny), Kevin Beery (Megan), Neal Beery (Maria), five great-grandchildren, and several nieces, nephews, and cousins. Services and interment will be on January 25, 2020 at Woodlawn Memorial Park in Gotha, Florida. Visitation will begin at 1:30 p.m., with pictures and stories of June from 2:00 – 3:00, Memorial Service from 3:00 to 3:30, followed by a graveside service in the cemetery.