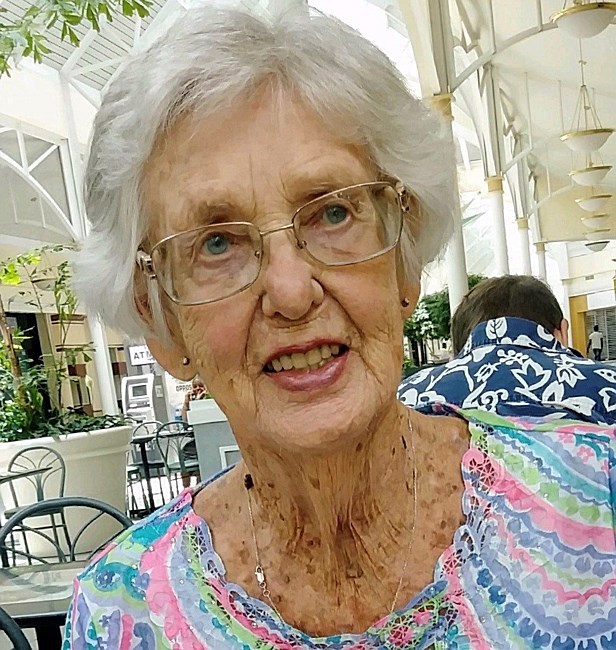 Emily Jane Sharp Thompson passed away January 28, 2020 at the age of 92 surrounded by her family. She was preceded in death by her husband Frederic A. Thompson, the love of her life.

She was born in Orlando and grew up in Orlando and Daytona areas. Emily Jane attended Orlando High School where she was a drum majortte and met Frederic (Fred). After graduating from high school in 1946, she attended Stetson University in DeLand where she received her Associate Arts Degree. After college, Emily Jane worked in several banks before marrying Fred. They were married at the Orlando United Methodist Church on the 14th of February 1952. After raising their children, she began working at Walt Disney World in 1972 and worked there until she retired in 1994.

She is survived by her children Kathy Crouch and her husband Russell, Stephanie Thompson Knitter and her husband Keith, and Steven Thompson and his wife Faye; her grandchildren Alan Crouch (Amy), Janna Figueredo (Jason), Matt Crouch (Carla), Josh Thompson (Mandy), Mandi Dobbs (Nick) and Kaitlyn Bartlett (Jake); her great grandchildren Cole and Ike Crouch, Finley and Jackson Figueredo, Tori and Lyla Jane Crouch and Brynleigh and Easton Dobbes. Emily Jane is also survived by her brother William A. Sharp and her nephew Roger Sharp, and her cousin Sam Maxwell.